Budai Statue in the Ion Age

So I guess it has been a month since my last update. I am still kind of doing a lot different things and nothing at all the same time. Stressing about in life and when I get going on the hobby I never seem to finish anything lately.

Well, the other day my wife and I visited a local second hand store and in a backroom I found this statue of the Laughing Buddha. I thought to myself it would probably make a nice terrain piece, so we bought it. I think my wife thought it would just be another piece taking up space for years and that I would never get around to do anything about it. But I decided to get working on it right away. 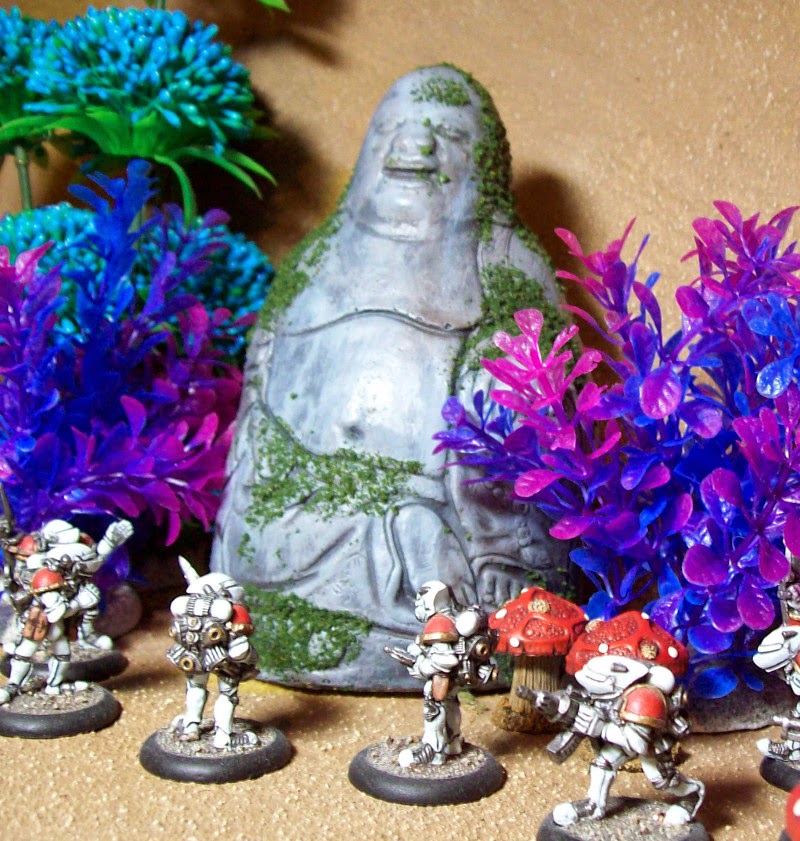 Still WIP, but I think it looks quite usefull already.

I set up the statue with a bunch of aquarium plants I bought long time ago and never did anything with. I guess they would not need much work to be useful just the way they are already. Just a bit of re-basing or sanding on the ones they have and they are ready to go.

Posing with the statue is a bunch of Retained Knights from Alternative Armies. Some great miniatures which I really want to come back to soon. I had a quite large Ion Age project running at some point, but after playing the Moth rules a few time it all kind of stalled. Now I really want to try out the Firefight rules, I think they suit me and my gaming friends a bit better. 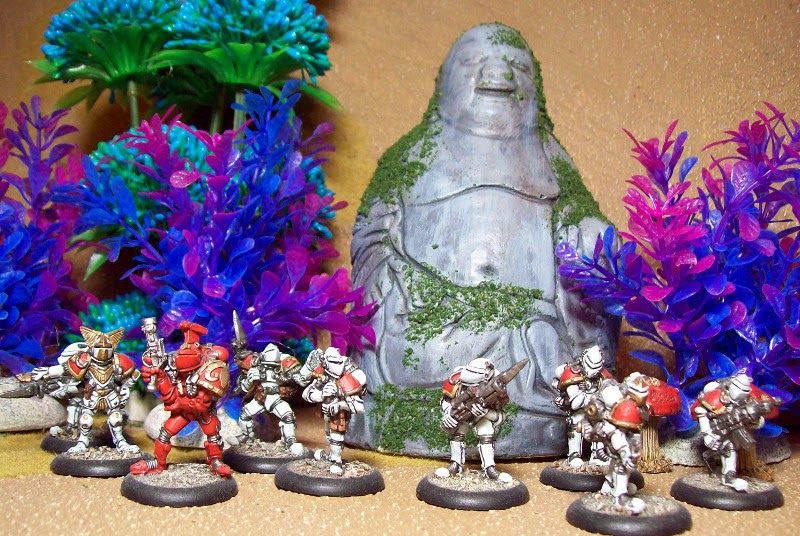 Smile for the camera!

I want to try some green washes on the statue and I will probably also need to get me some coats of spray varnish on it, to make sure the turf doesn't fall off too fast. But besides that he is ready to go and will fit fine with my jungle terrain for both sci-fi and Fantasy gaming.