Once every summer we have a closed convention for the gaming group I am in. We tend to be a few sellected people and invite others whom we think share our wievs on gaming. This year we were 15-17 people and had a weekend of strange games, grilling and beer drinking.

One of the first things on the program was an Inquisitor game run with G.I. Joe action figures. There is not much to say about it all. We had a few heroic Cobras making a raid on the G.I. Joe mobile missile ramp. 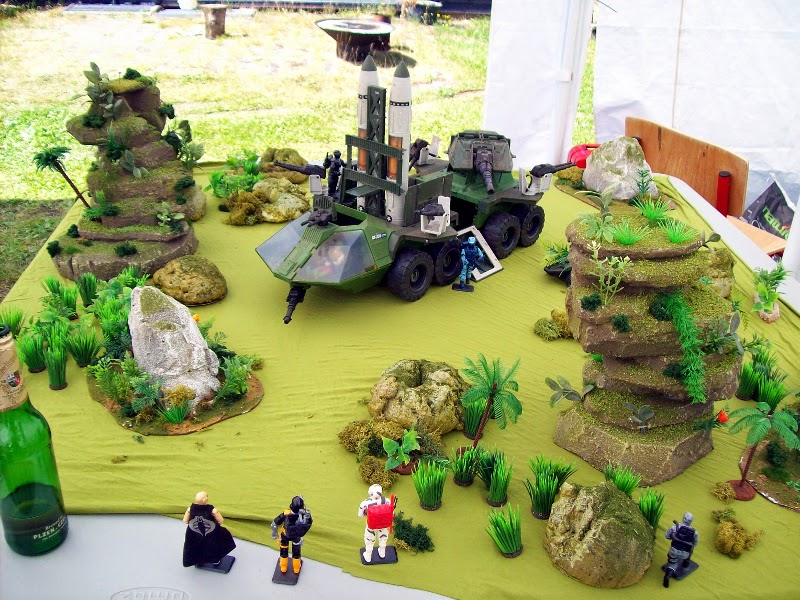 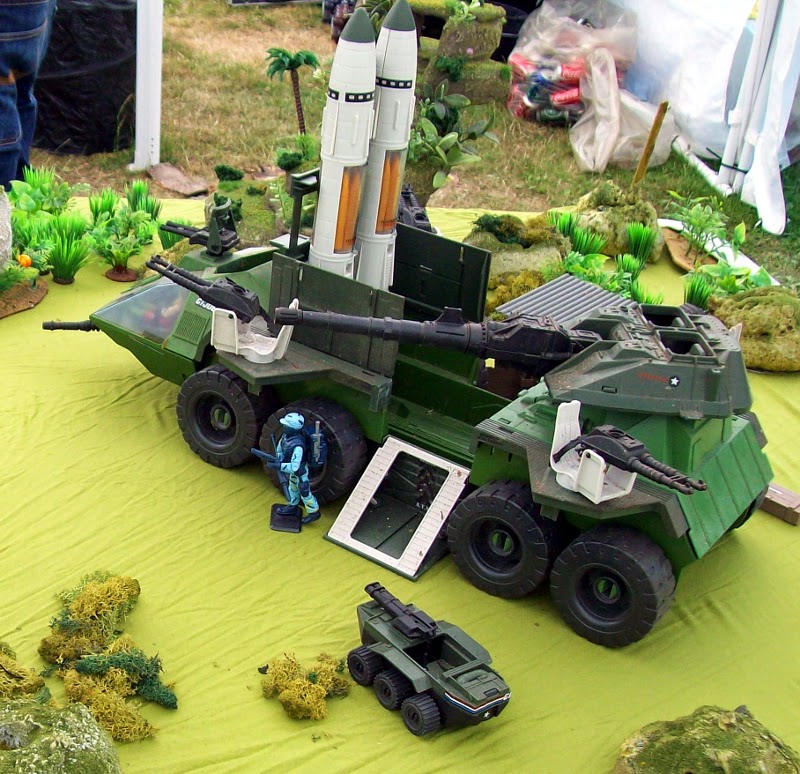 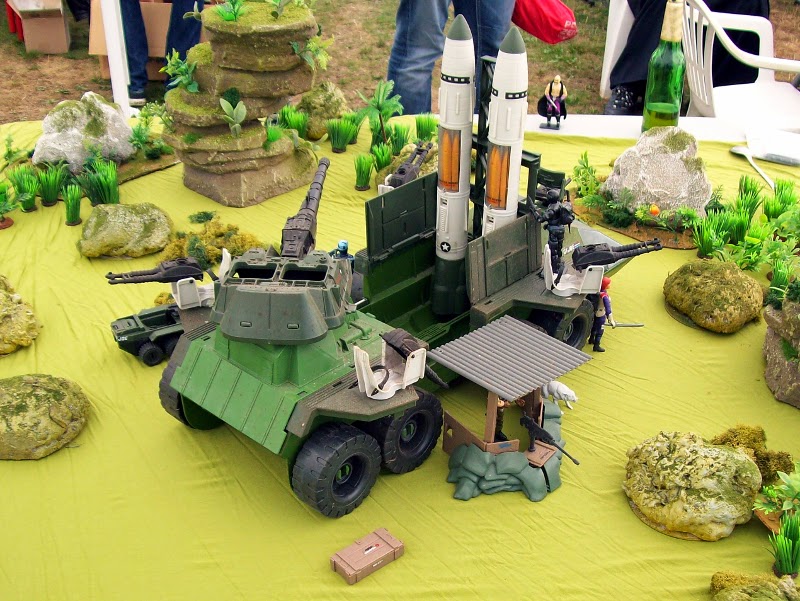 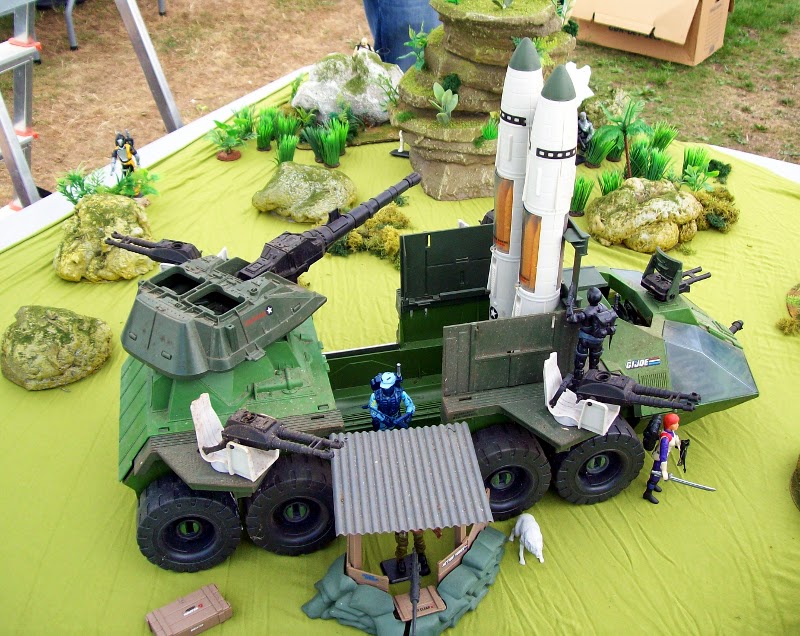 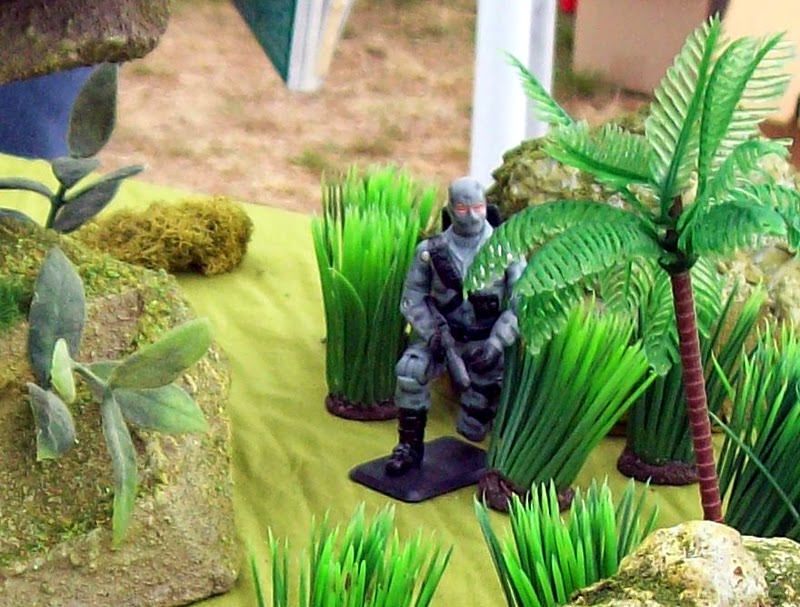 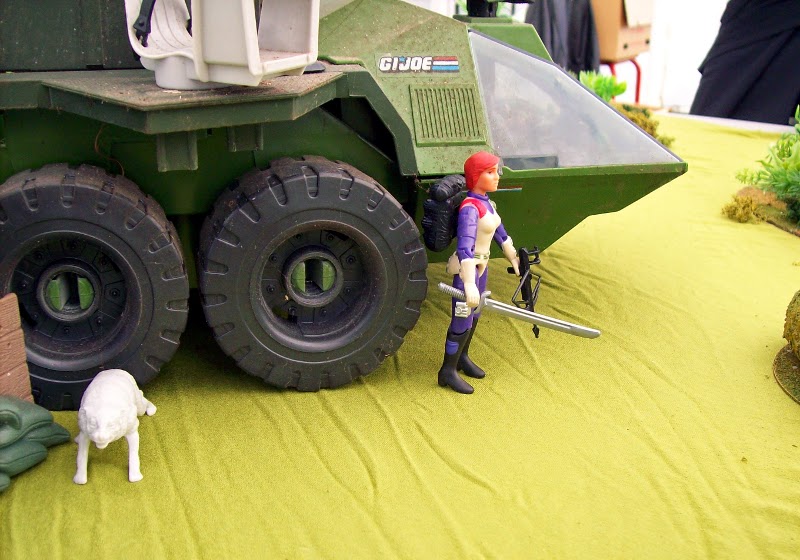 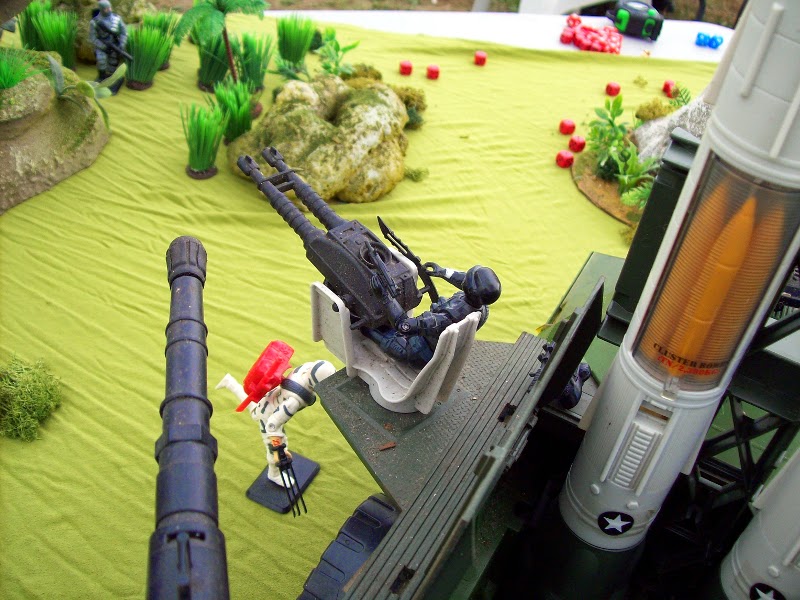 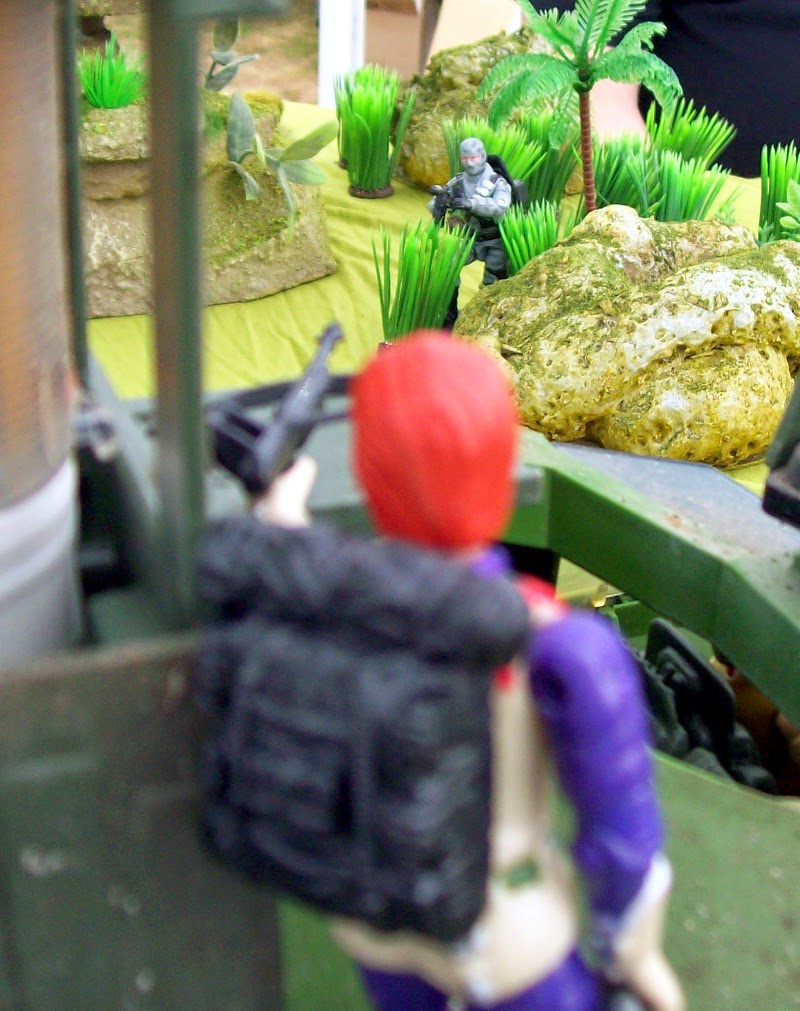 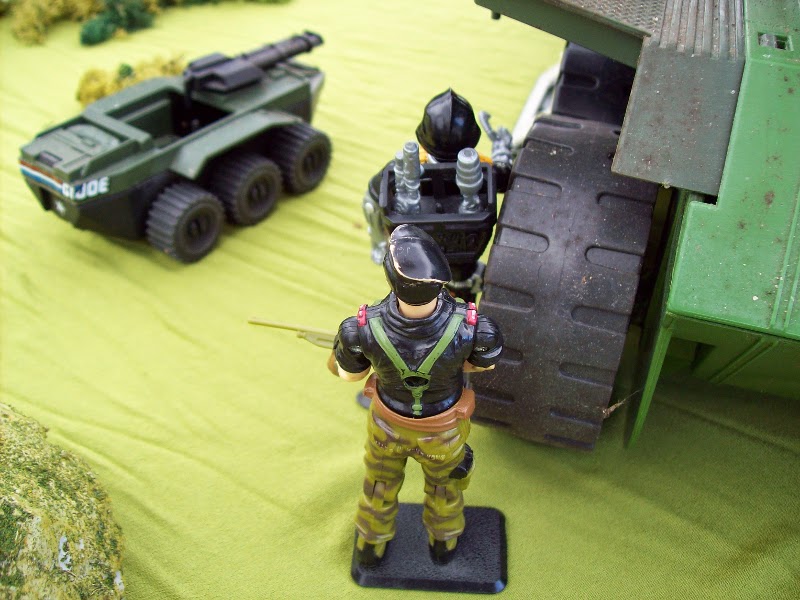 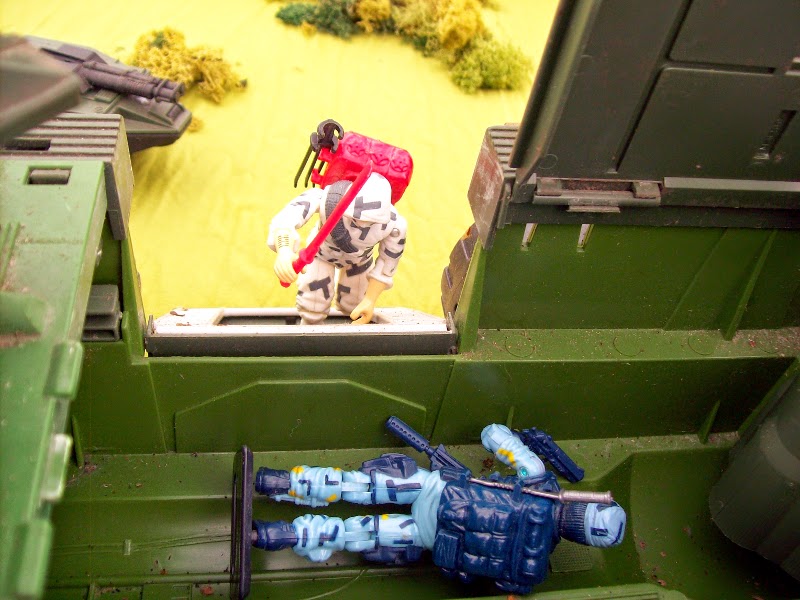 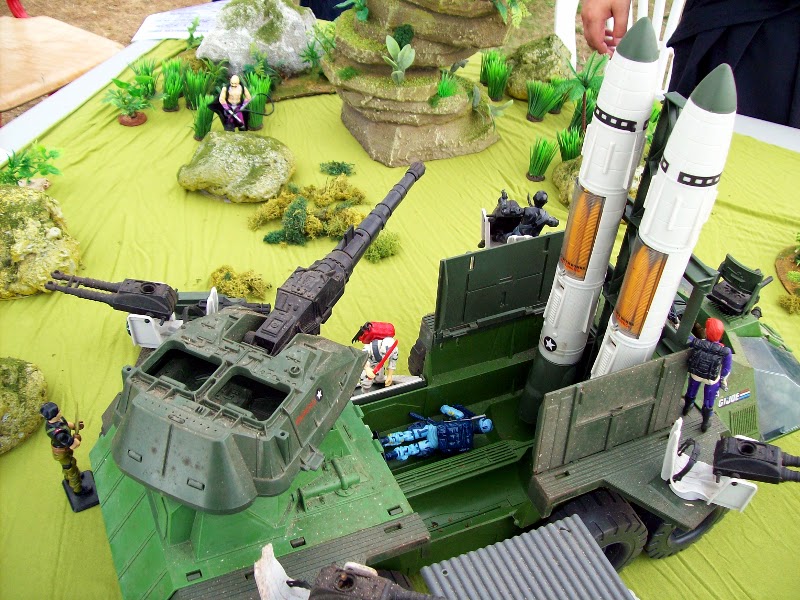 Poor Shockwave is cut down. 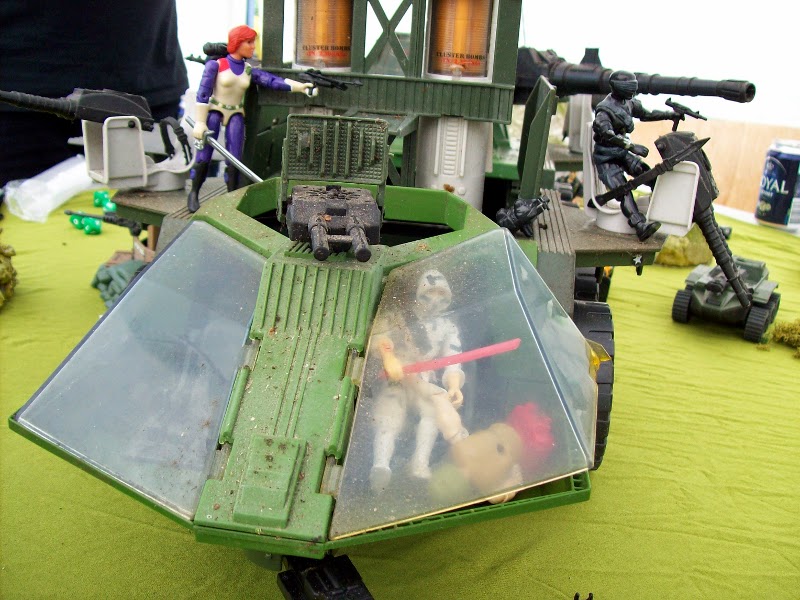 Storm Shadow is taking over the drivers seat. 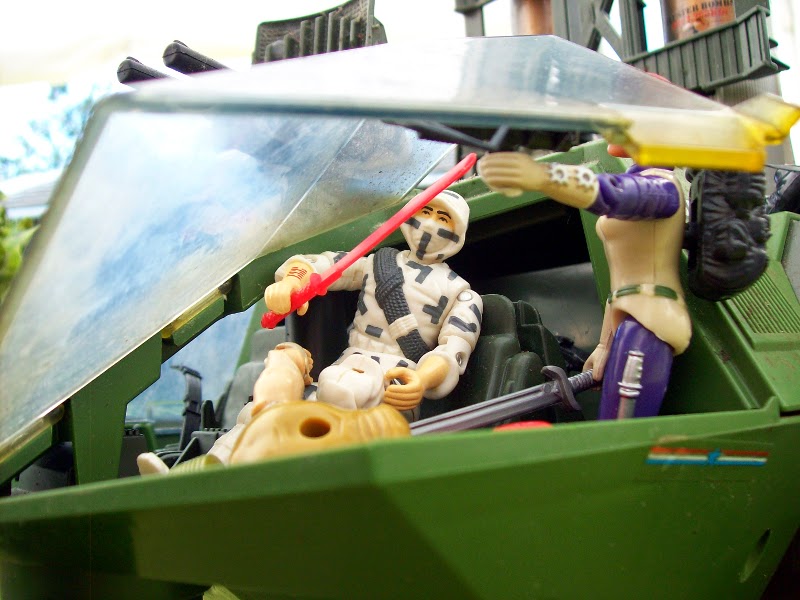 But is stopped by Scarlett. 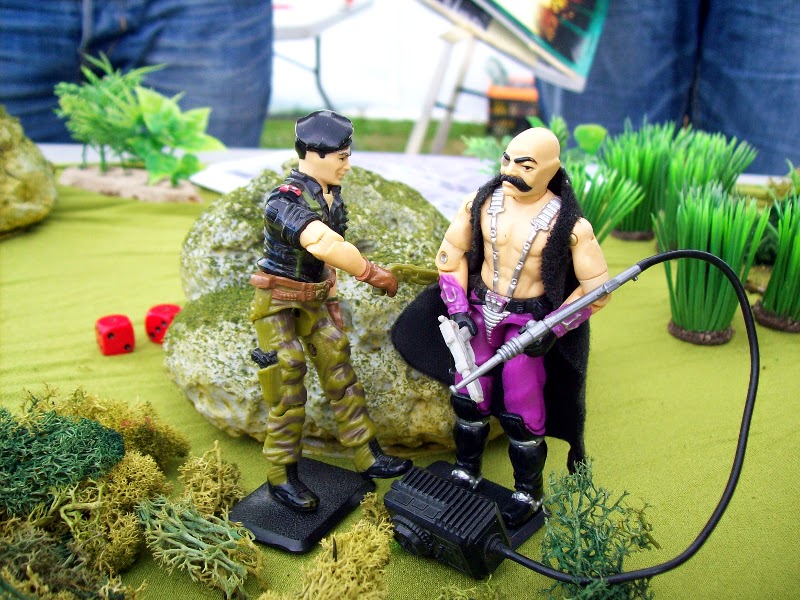 Flint is finishing off Dr. Mindbender.... the evil dentist. 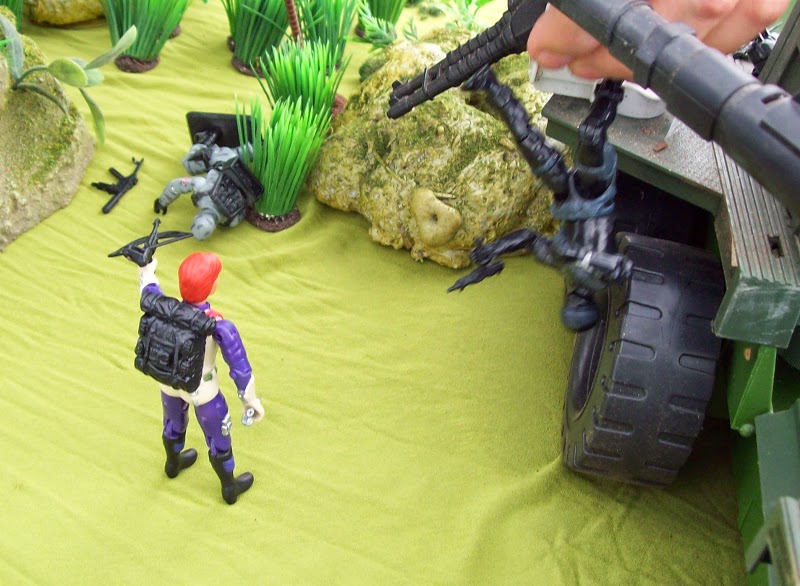 It actually worked out really good. These action figures are perfect for Inquisitor. Really! I think we will try out this madness again in the future.

more pictures from this convention will follow later.
Posted by Jonas kl. 12:14 5 comments: