I need to paint a second squad of Terminators for Space Hulk and even though they really should be Blood Angels too (at least untill the Death Wing expansion), I have chosen to paint them as Dark Angels. Mostly because it will be easier to identify the two squads when having more than one player on the Terminator side of the game.

Lately I have been thinking that I don't really want to only have Blood Angels Space Marines and I did paint some World Eaters too. So basically I want to have the larger army of Blood Angels for gaming 2nd edition and other games which recure larger amount of miniatures, but for skirmish and such I will paint up some of the metal Marines in different chapter colours. Either single minis or small units.

These Dark Angels Terminators will fit in nicely with a small side project of Dark Angels Marines. I am painting them black of course. 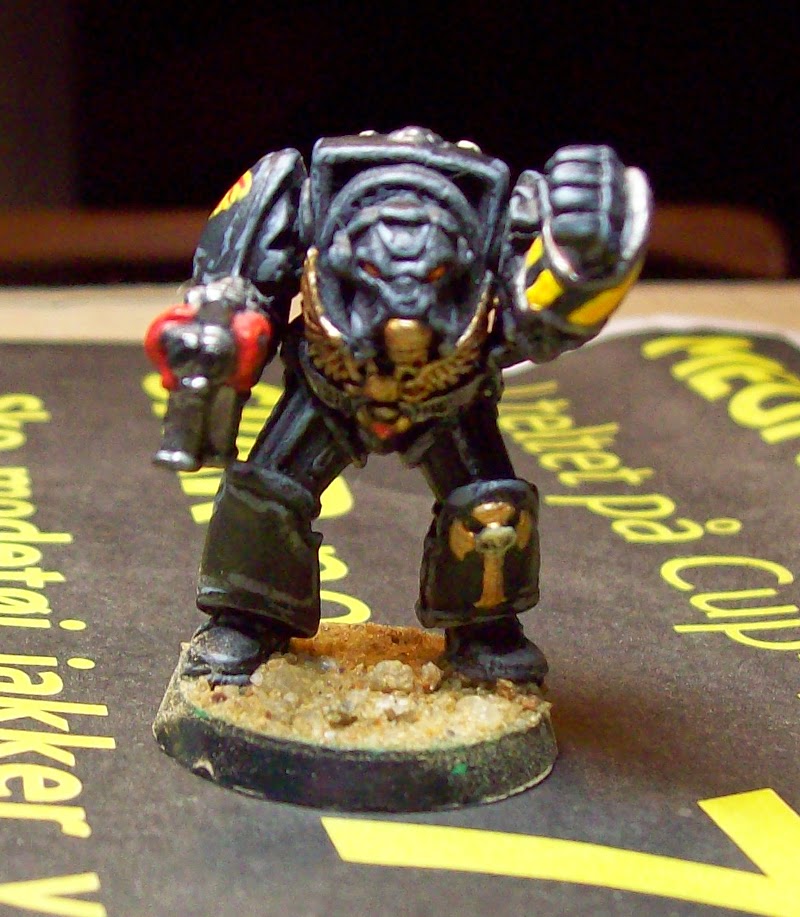 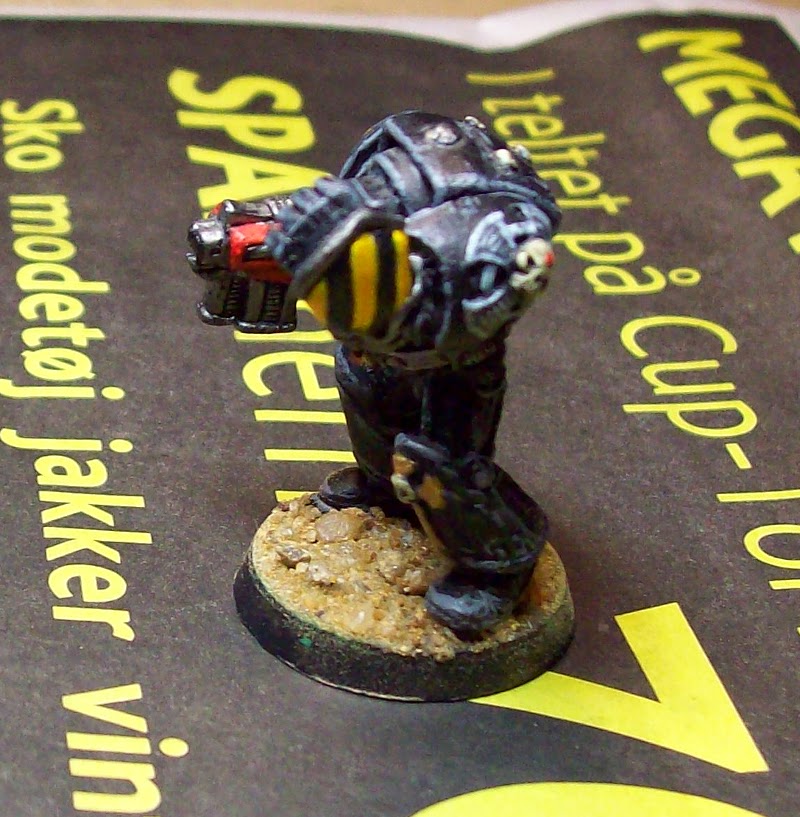 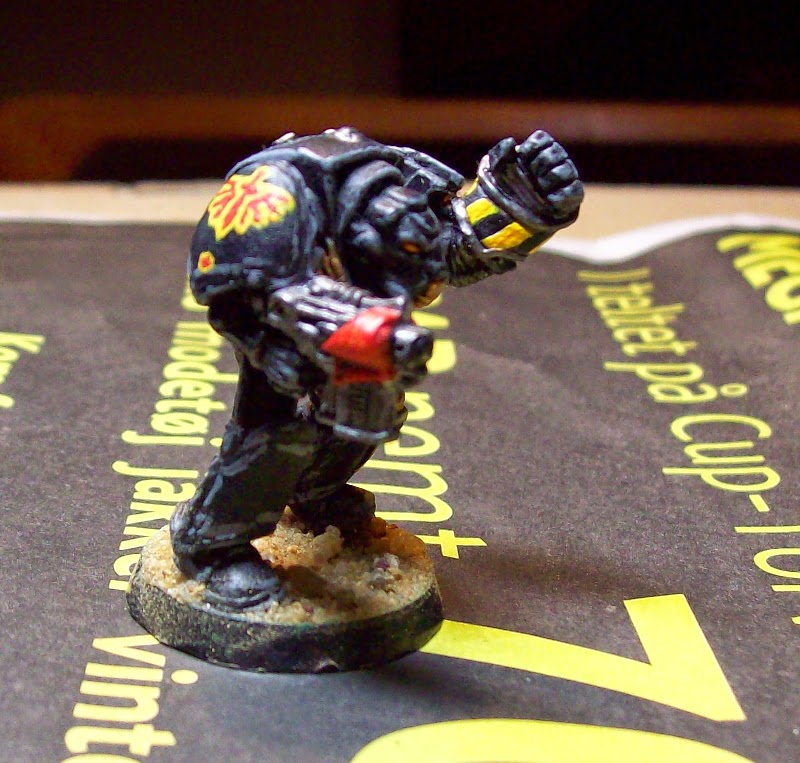 I found that the hazard striped power fist was clashing in colours with the red casing on the storm bolter, so I decided to bring on some more colour to the model. So I did the free hand Dark Angels logo, I think it turned out really good.

The red logo with yellow border makes him look really old school in my eyes. To me the red logos/letter with red border is the most Rogue Traderish colour combination possible.

I still think the bolter and power fist is clashing, but it helps. I was thinking of painting checkers on the storm bolter, but for now I leave it like that. I might try it on one of the other Terminators though.

He is WIP of course, so highlights and such will be smoothed out a bit before he is done. But if anyone has any suggestion for bringing the colours a bit more together I am open to suggestions.