One more Dreadnought done. This time I laid some paint on the classic Deredo Class Attack Support Dreadnought. Armed with a powerfist and a missile launcher it is ready to take on both armour and infantry.

Once again I gave this Dreadnought a pretty basic paintjob, adding a few details here and there. I got inspired by a picture of a Dreadnought in the Compendium book and gave this one a Cat face with eyes, whiskers and fangs. It is hard to see in the pictures, since he is leaning forward, so the face is in the shadows a lot. 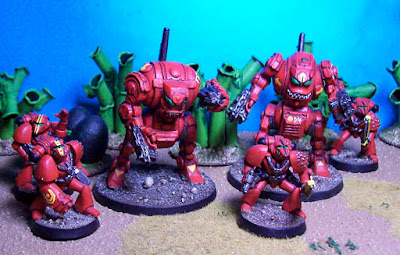 Deredo Class Dreadnought "Eddy" with Marines and a Contemptor. 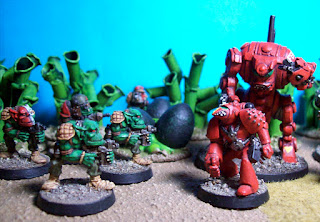 Ork Raiders on the attack. 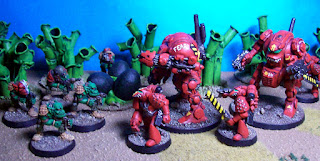 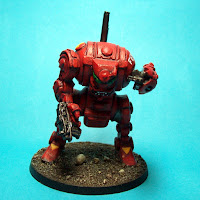 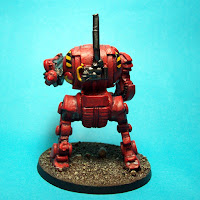 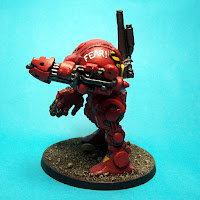 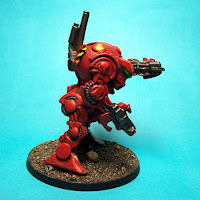 Next to go: Furibundus Class Dreadnought.