It seems to be that time of the year again. Gaming and painting is going a bit slow for me and most other things too really. But still I managed to get a game in with my regular gaming buddy Thorbjørn.

We tried out the USX: Modern Day Heroes system. It is a basic set of rules from RAFM, made to support their range of Modern Day Heroes miniatures and Cthulhu monsters. It doesn't really seem like they are putting any support into it anymore, but we still decided to give one of the basic scenarios a go.

Pitting Deep Ones against a modern S.W.A.T. team in the outback somewhere in Cthulhu County. The Deep Ones are trying to collect some boxes of unknown occult stuff in a small hut and the S.W.A.T. is going to hinder them. 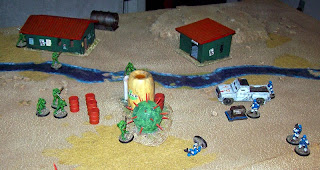 Closing in on eachother. 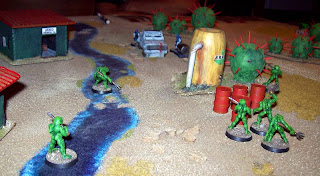 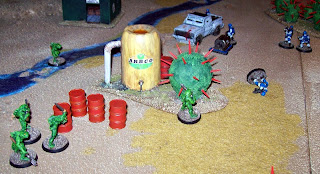 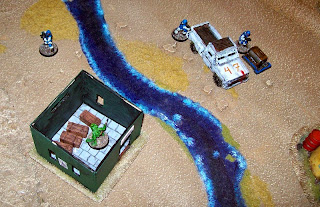 A Deep One picking up a crate. 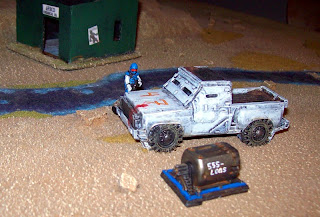 In the end only this dude was left.

In conclusion, the rules are easy to learn and works out quite well. We only used the basic rules, but they were so easy that the advanced rules should be no problem to use in the future.

I will be showcasing this game at some local Danish events during the year.