This is a documentation of a skirmish which took place almost a year ago now (or maybe two? I am no longer sure). Anyway there is a lot of things going on as this was part of Erythron Mon S'lants ongoing quest to clear his name and profit.
On his way to find transportation Mon S'lant has so far failed a lot and now he finds himself in the middle of a Tech War focusing around Robot Head technology. He has put a new crew together, since most of his old chums got caught doing trouble or killed off.
Arnst Tod has infiltrated local Robot Eliminator Detectives, the R.E.D. to flush out Mon S'lant and in the process confiscate all 8 bit VIC-II modules for robot head agressor upgraing (or something).
As a distration one of the bio fuel containers was set to explode..... 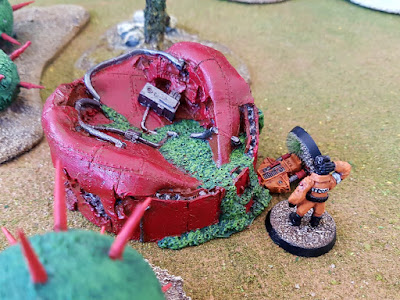 "What? Oh no, I gotta report this to Vector"
But not only is Arnst Tod coming with his R.E.D. guards, the commotion has also awoken the attention of Ern and his local tribe of vegan cannibals.
Ern and his chums has chosen not to eat anything but plants, which is a fine thought, but since there is next to no eatable plantlife on Melnibonia it is also a very hard life. Some plants can kill you right away, other plants just taste terrible. So in a moment of brilliance Ern figured out that the meateaters should have a taste of their own medicine and his tribe turned to cannibalizing all meateating humans (and other tasty, ehm, evil meateating humanoids). 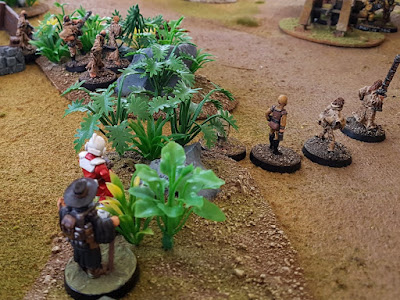 Arnst stand back watching Erns tribe swooping on to the Robot Head factory.
Commodore security troops search the perimeter to find out where the exploding sound came from and to figure out if anything of value or importance has been damaged. 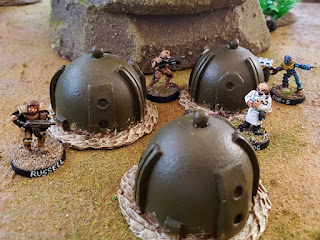 Professor Doc. "Hi there, we come to barter for Droid parts"
Russell of the Commodore Sec. "Stand down, we gotta scan you first" 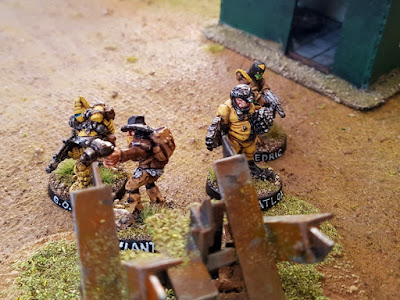 Mon S'lant and his crew meanwhile lurks in the vicinity.
During this part of the scrimmish the Vegan Cannibals start to take down any meat they can and searching for a droid with com uplink so they can send out their agenda into the eather. Arnst and the R.E.D. guards easily take most of the out though and sends a man into the underground tunnels to explore them. 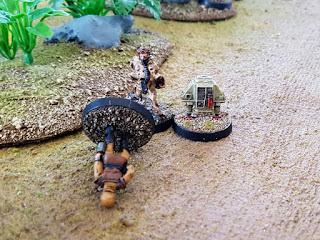 "Go vegan or go to your grave filthy meateater!"
The R.E.D. Guards managed to pop a man up from the sewers and right into the heart of the C= store where he promtly scanned the databanks to see if anything illigal was to be found. He only found a few pirate copies of Sam Fox Strip Poker, anything else had been either erased or put in other places for safe keeping. 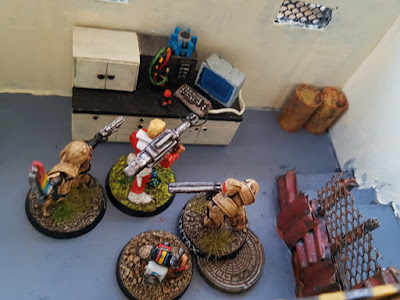 Vector "Get that man away from there..." 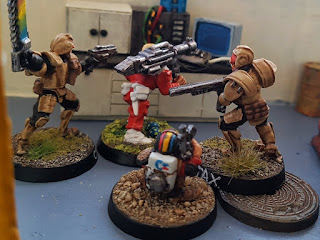 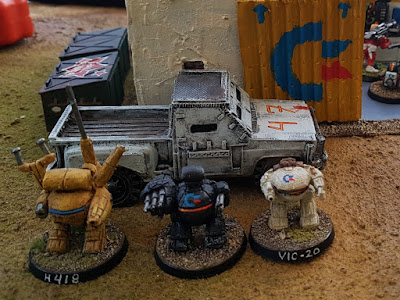 To conclude: I have no idea what this ended with, but I guess we might find out one day...

Don't know if any parts were missed too. But if this campaign takes off again it will probably go onto https://c0wabunga.com/ and you can also read more about the R.E.D. Guard here: R.E.D. Guards
Posted by Jonas kl. 13:23