So it was probably about time I got some more done with my G.I. Joe project. For some time I have been working a bit on and off with everything, but the G.I. Joe project was  never forgotten, it has just been a bit dormant lately.

I have been buying a few new miniatures which I wanted to use, some didn't fit in, while other will need a little work.

The latest miniature I painted was Storm Shadow. Storm Shadow is another of my favourite characters from the comic book series. Some times he works for Cobra, other times for the Joes and most of the times probably for his own clandestine agenda.

I had some trouble finding a miniature I liked to represent him. There was the ninja from Reaper Miniatures, but I was never really sure about that one. So one day when I looked at the old Citadel ninja range I decided to get one of them for my Storm Shadow. it took some time, but I got him and when he arrived in the mail I quickly decided he was just too small in scale and with his crouching pose he looked even smaller compared to the Perry Miniatures ninjas.

Eventually I decided to try and put him on a taller base and I really think it worked out well. I decided to paint him in the V2 camouflage suit. I always liked a ninja in camouflage and in this carnation he could work with the Joes. 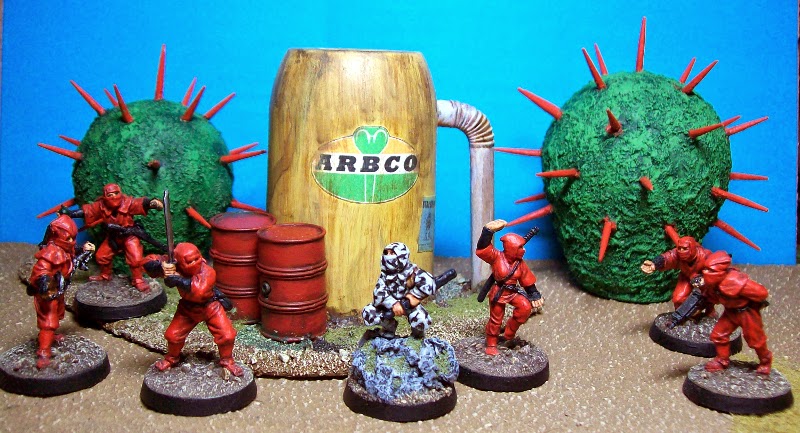 Storm Shadow and Jinx is ambushed by their renegade ninja clan. 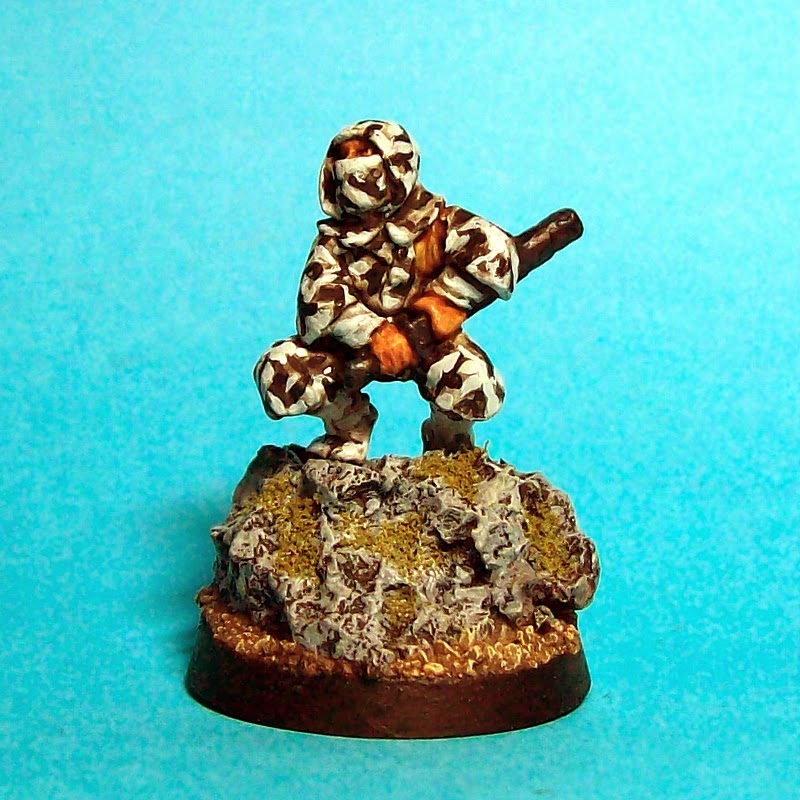 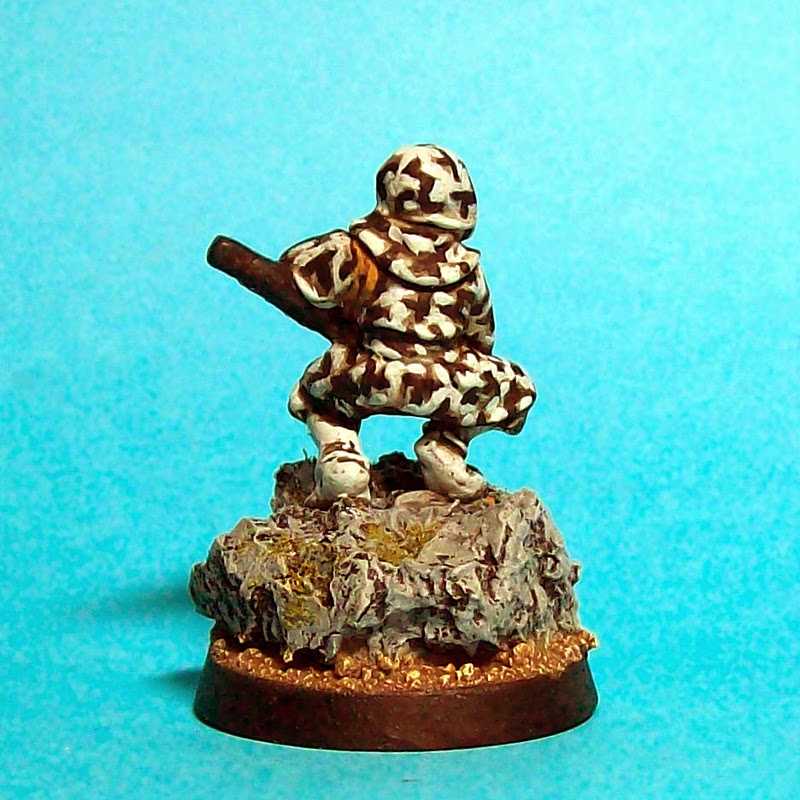 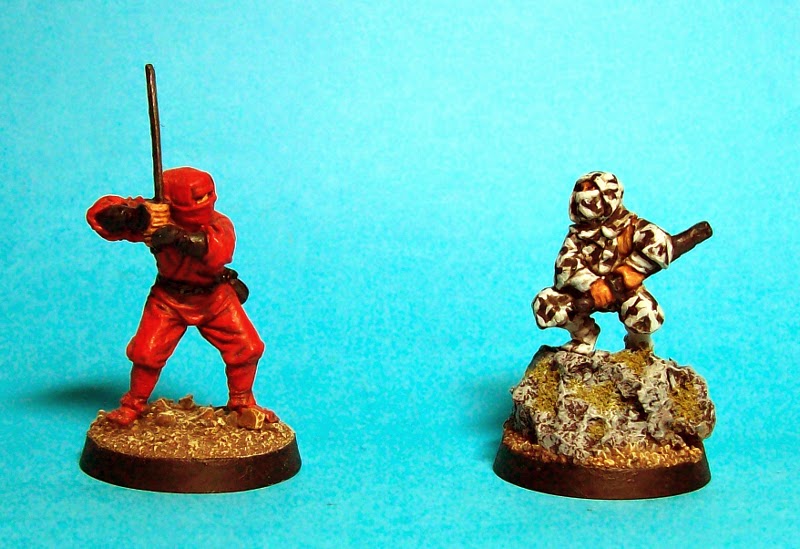 
I still think he looks a bit small, but he is Japanese after all, so it is ok and putting him on the scenic base really helped out. For now he is my G.I. Joe version of Storm Shadow. Later I will probably add a Cobra version, but for now he even out the odds with Jinx and Storm Shadow on the Joe side and five Arashikage ninjas on the Cobra side.

Some W.I.P. and scale shot.

Other than that I am also working on a Scarlett and Timber. Both are from Reaper Miniatures. I have filed and sculpted a bit on Scarlett. When she is done I will do a blog post about her.

My version of Scarlett is inspired by one on the Mini-Ventures Blog, a blog with loads of great stuff if you are into G.I. Joe. I plan to take a lot more of the ideas from there and use them on my own project. After all imitation is the sincerest form of flattery (I hope).