I had these six Starship Marines lying around for a couple of years. They used to be Heartbreaker Hobbies, but are now sold at Black Tree Designs. Too bad they currently only have six poses available, but let's face it, I probably won't need more anyway.

I actually got started on these in a kind of random way. They had been standing prepped and basecoated for more than a year, but I could never decide for a colour scheme for them. So standing there collecting dust I found them while looking for something completely different and I decided to give them some paint. 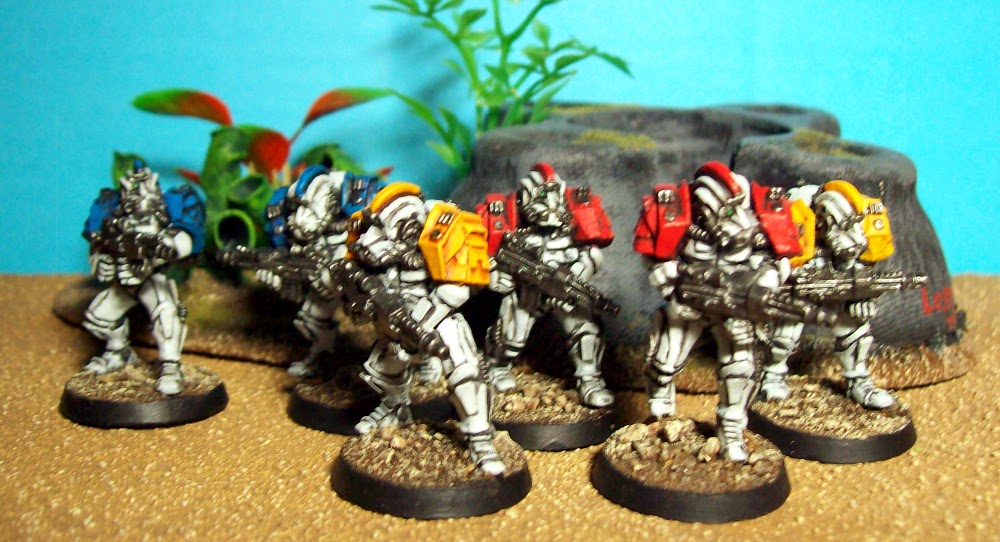 Ready to explore the Deathworlds. 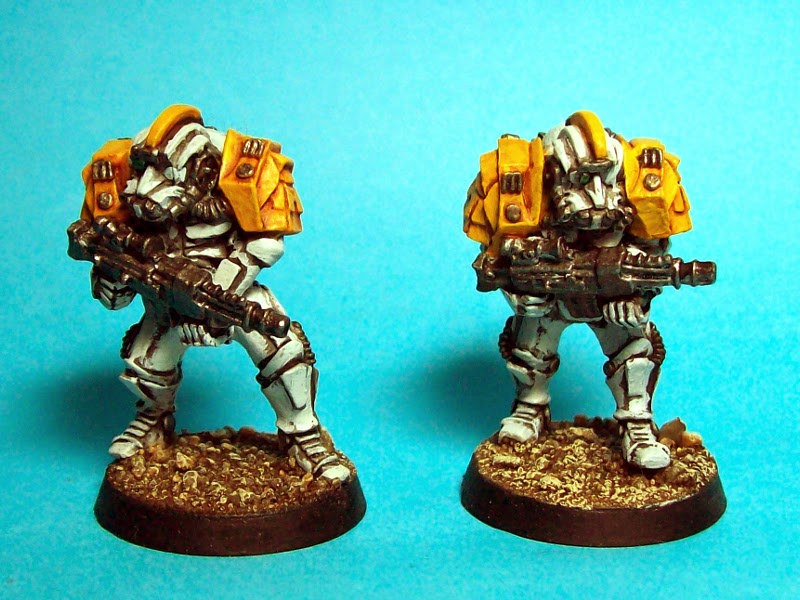 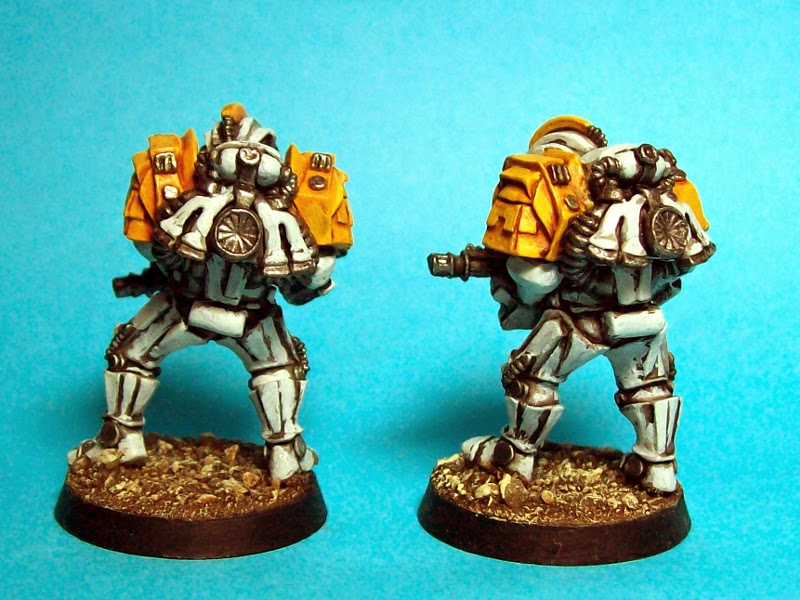 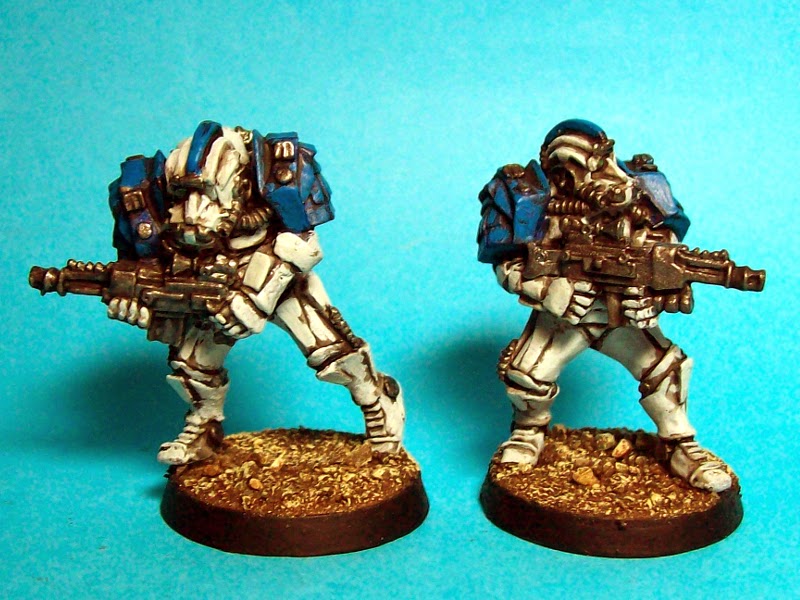 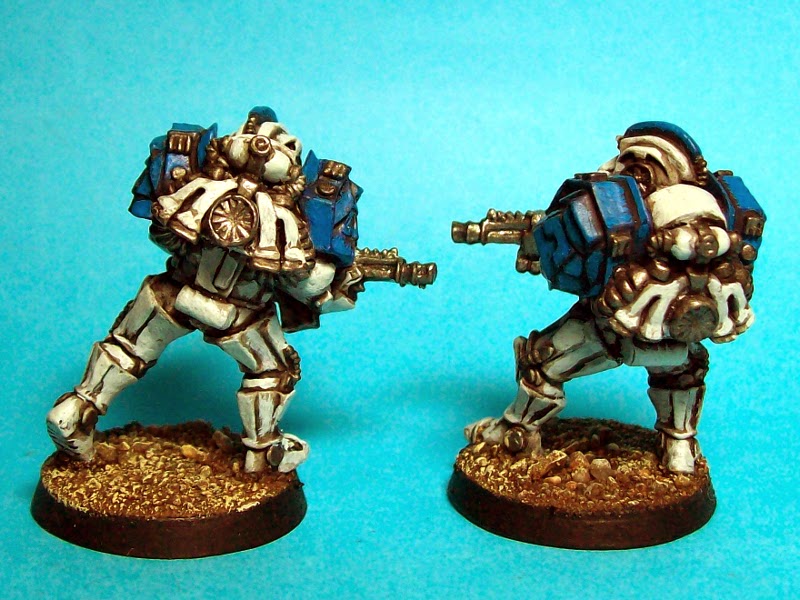 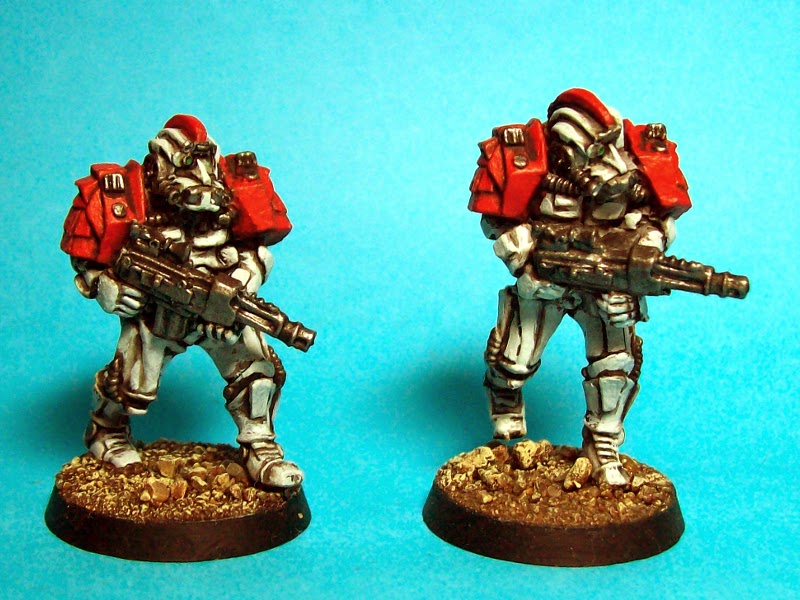 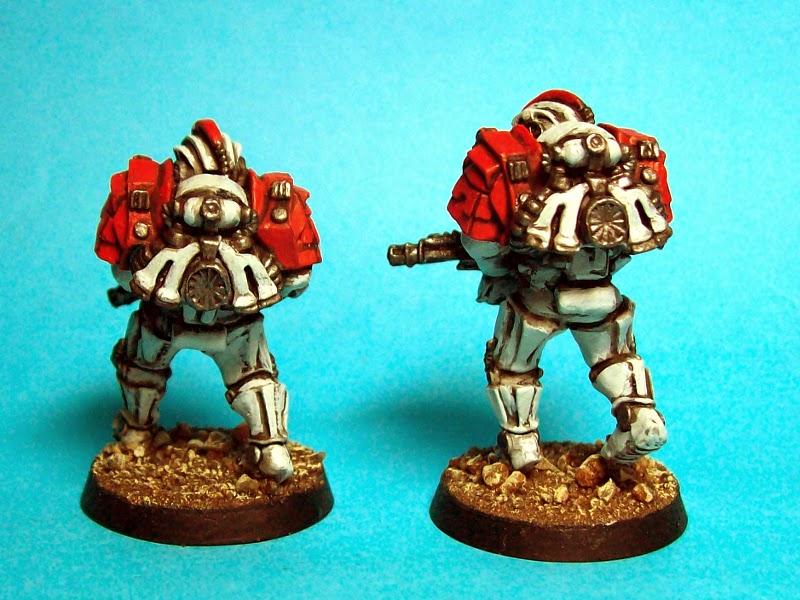 This will work well for skirmish settings, having them prance about in pairs as guards or explore barren wastes in their powered armour. 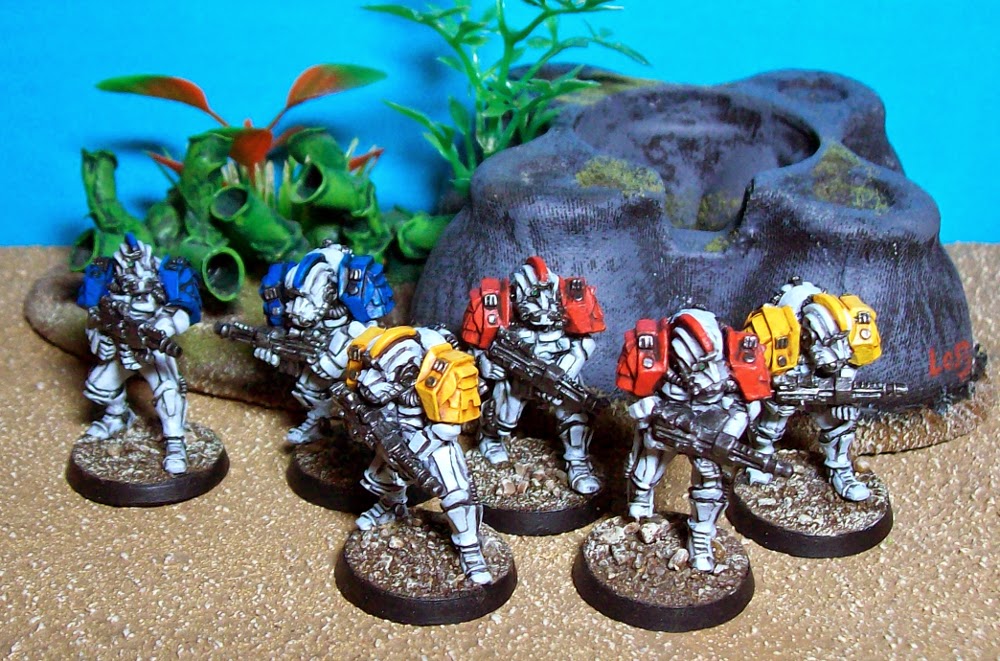 Scaleshot with Ork and Terminator.