Finally I finished my second Piscean Warrior and got some photos taken of them both. At the same time I thought I would show a bit more of my growing Tyranid forces.

I was so lucky to get my hands on a copy of the original Piscean Warrior and the one sculpted by Obscure Creator over at the Oldhammer Forum. I think they look pretty good together and even though the new one is not a dublicate in style they still have the same size and bulk, so now I just wait for a couple more sculpts to complete a unit. 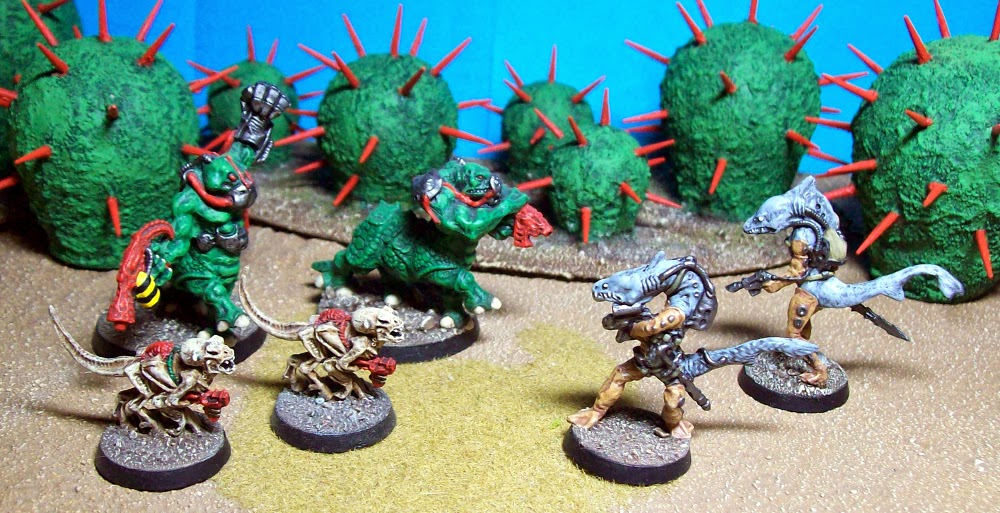 Alien species face off in a desert deathworld. 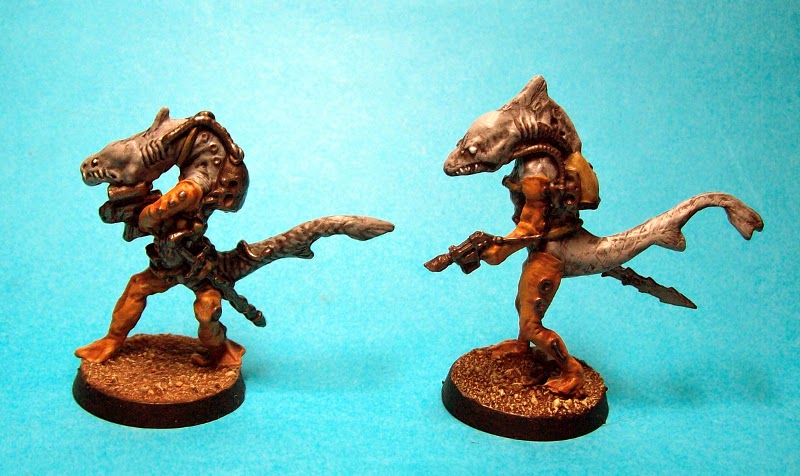 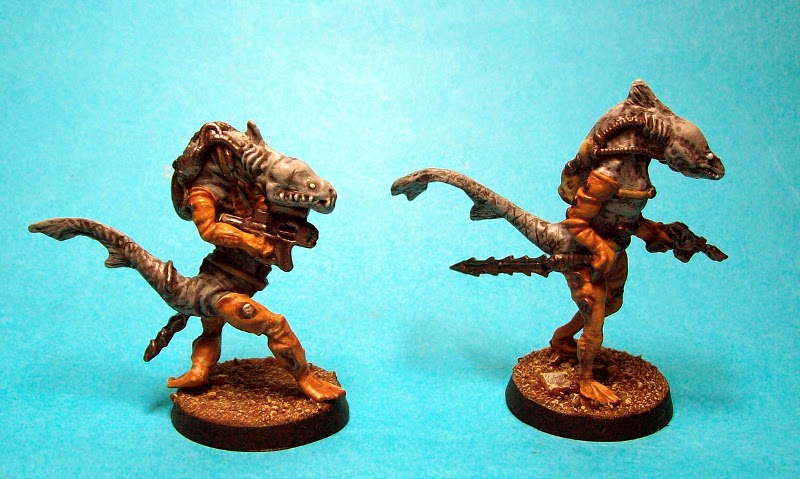 I also added eight more Hunter-Slayers to my pack of Tyranids. This brings me to a total of 18. To be honest, I have no idea if I will ever field that many, but it just looks impressive with a horde of these and whenever I see any cheap I can't stop buying them.

The eight new ones. 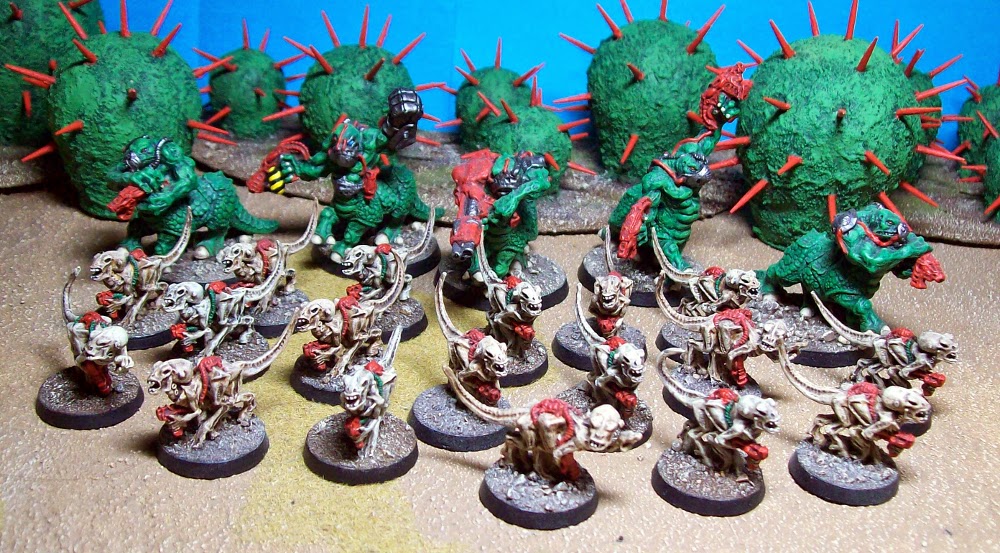 My combined Tyranid forces so far.

Next up is a Dominator to lead the forces. I also have a load of Genestealers, of course, but I really feel like they should stick to Space Hulk or their Genestealer Cult for now. But maybe they will join up with the Tyranid forces in the future. 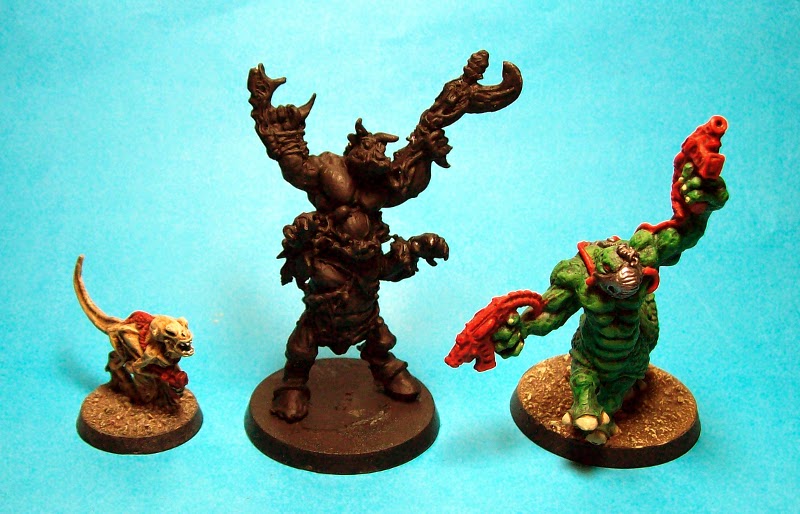