First time I heard about the Sphincter Beast was some rumours floating around the Oldhammer Facebook page and Oldhammer Forum. I never heard of it before and I am still not really sure where they come from.

Apparently it is an old Asgard Miniatures model, but it might or might not have been released, also it might possibly have been some model used to playtest Rogue Trader.

The only previous image I have seen of a model was on the Eldritch Epistles blog, found in Bryan Ansell's collection, but that doesn't really give many new clues to the mystery.

So when I by accident came across these two fellows on Ebay I snatched them up and I tried to give them a similar paintjob to the one from Bryan Ansell's collection. So here they are. 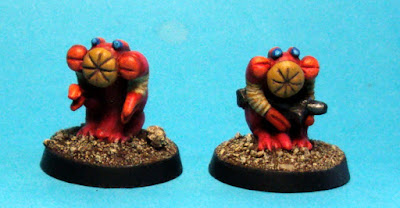 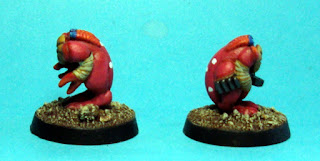 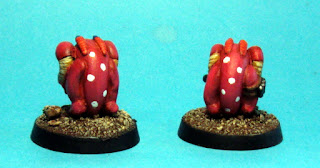 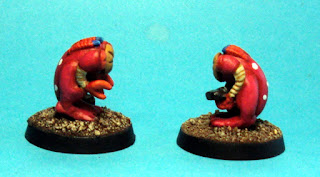