I had this game lying around for a very long time and apparently I was getting nowhere with it. So while cleaning out I decided to sell it. As it turns out no one wanted to buy it and instead I painted the minis and decided to give it a go.

At first glance it is a lot like Space Hulk and that was also the main reason why I bought it in the first place. The creators wasn't shy about their influence either and as I understand they played Space Hulk and thought they could do the same, but better. 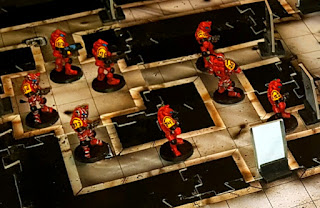 The basis of the game is much like Space Hulk. You play as a bunch of power armoured Marines from the United Nations of Earth (U.N.E.) but instead of battling Genestealers you fight off some Terminator looking robots.

I guess there is not much to say really. It is maybe a bit more tactical than Space Hulk, but I wouldn't say it is better or worse, just depending on what you like. It has a bit less of the Aliens feeling, but then we have Terminator robots instead. 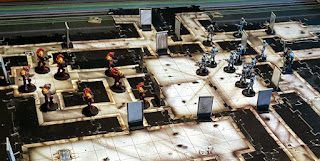 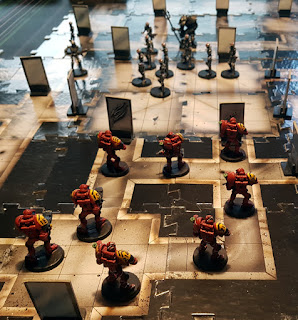 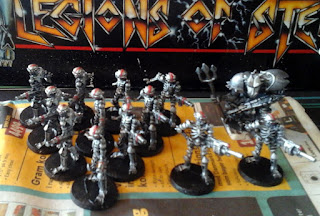 WIP on the Machines.

Now I played this a couple of times and I would like to play it again. I don't know if it will be anything I will game on a regular basis, but then again I don't really play anything regularily anymore.