Something never dies. The first real miniature wargame I was into was Epic Space Marine, the 2nd edition of the game. It must have been around '91 or '92. I got the boxed game for my birthday and right away we put the Titan together and played around with that and the Rhinos, Land Raiders, Ork Battlewagons and Eldar skimmers.

But in the end it was always the Chaos player and my Space Marines dugging it out. We only played with fully painted miniatures, so I guess it was only us who actually had painted armies. 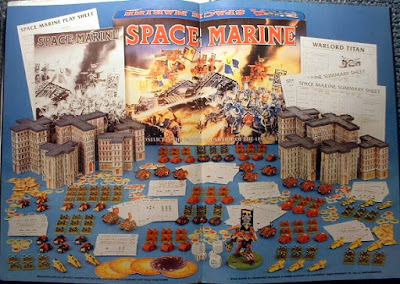 This is how the 2nd Edition box was presented.

I had to choose a Space Marine chapter for my army.

I really liked the Blood Angels army I saw in all the pictures and battle reports, I also liked the Ultra Marines army they used in some othe rbattle reports.

But in the end I had also looked a lot on the older pictures of Epic miniatures and especially the cover for the 1st edition Space Marine box set caught my eye. The Dark Angels in their shiny black armor. 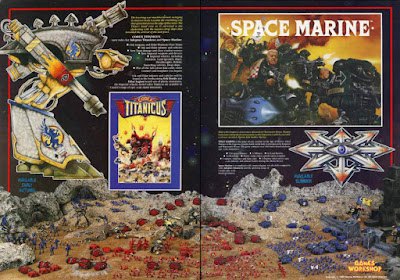 But I was living in the early 90s, so my Dark Angels army was mostly black with a drybrush, metal parts picked out in boltgun metal and goblin green bases. I did do a bit of random things to spice it up, but it was mostly ugly with ugly on. 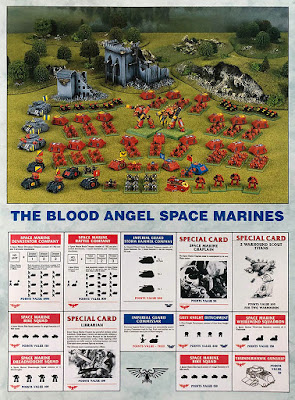 Fast forward to around 2010 I got back into some Epic gaming with Dr. The Viking, from over at Dr. The Viking's Miniature Games Hell, but since he was introduced to Epic a wee bit later than me it seemed that we didn't really agree on what the game was supposed to be.

I wanted to do the Epic 2nd Edition I knew from my childhood, but we ended up doing Epic Armageddon, which I didn't really grow super fond of, and we also tried stuff like Future War Commander.

I started repainting my old forces and this time I went for those nice Blood Angels. I was doing Blood Angels in 28mm scale now too.

Some of the Blood Angels I painted around 2010

This army never got really finished and digging it out here odd 10 years later I decided to update it a bit and finish it this time too.

So now in 2020 it is time to go really back to the roots. I am going to finish a 4000pts Net Epic Gold Blood Angels army. 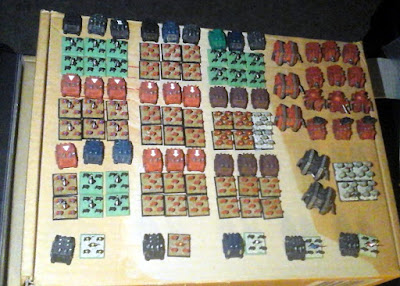 I chose my army from what I already had painted (everything will be updated though) and then I upgraded from there. Doing it the old way, taking three Marine companies and adding from there.

I picked from the Vanilla list, since we didn't use special chapter rules previously.

Some of it is more painted than other things and I might change the list over time or add additional units. I plan to end up with at least one painted unit of each of the classic choices and ignoring anything too new I don't like. And I will paint Titans (of course)

So far I hope to paint 500-1000 points pr month. Starting with the Terminator Detachment, the Land Raiders and probably som other random stuff to test the paint scheme and such

This losely follows the rules of A Get Back into the Epic 40.000 Universe ArmyChallenge™ started by Dr. The Viking. And I hope to keep up with him.
Posted by Jonas kl. 17:05