I guess it was just a matter of time before I would start a G.I. Joe project. As a kid my favourite toys was always G.I. Joe (or Action Force, as it was called in Denmark to begin with). I still love G.I. Joe and I still have a pretty large collection of the toys and I have bought the re-released comic books.

The most exciting characters for me was and is the ninjas and during the original run of the comic they kind of took over a lot of the stories. So it was natural for me to start there and I have had some ninjas lying around for a couple of years now.

So to start off I painted some Perry Miniatures ninjas as Arashikage ninjas. The red mercenary ninjas which most of the time work for Cobra, sometimes through Storm Shadown, other times through Firefly and so forth.


I converted one of them to have an uzi, since they are modern ninjas and often are seen pictured with uzi throughout the stories they participate in. 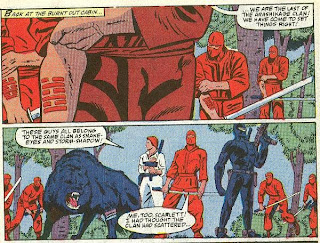 The first time they appear is in the classic silent story, where they work for Storm Shadow. But up against Snake Eyes they don't stand a chance. 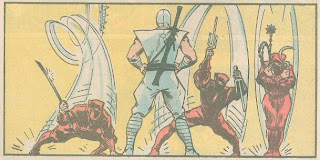 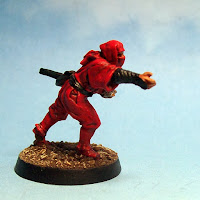 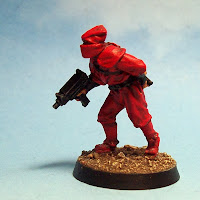 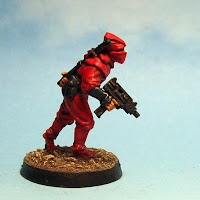 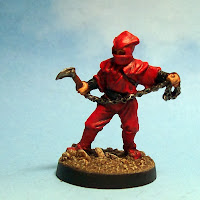 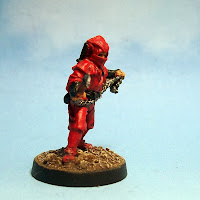 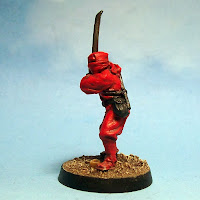 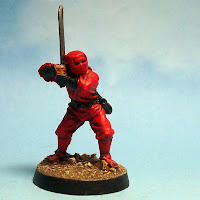 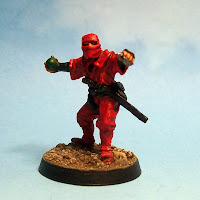 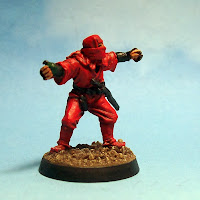 That is all the models I have for now, but hopefully I will get some more for Christmas or else I will buy some more next year.

So far I have plans for Firefly. Originally he was not a ninja, but in the later stories he turns out to be the Faceless Master, an outsider who was allowed to study the arts with the Arashikage clan. 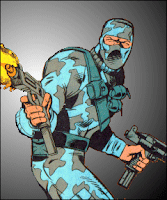 I think the RAFM USX Modern Ronin is perfect for Firefly. I have seen others use him too and since that model has an uzi too it fits well with the saboteur past of Firefly. 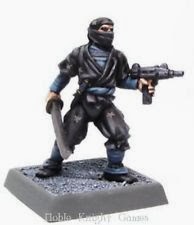 Then I will need a Storm Shadow. I don't know yet what side he will be on, but the classic set up would make him a Cobra ninja. Which of course is not really correct all the time, but I guess that is what most people think of him. 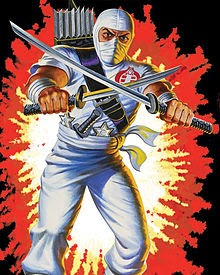 I think the Reaper Dragon Clan Ninja will be a good Storm Shadow. But I guess almost any ninja painted white would do fine. But I consider painting him in one of his later camo ninja suits. 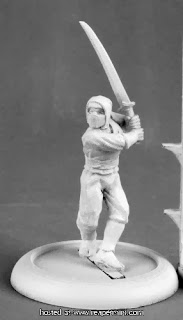 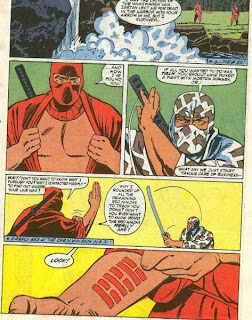 Another ninja I will need is Kim Arashikage, code name Jinx. She is most famously pictured as a red ninja and it would fit well with her Arashikage heritage. 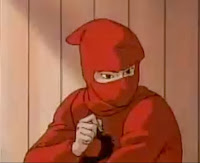 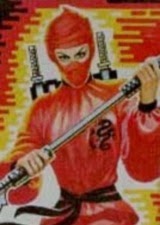 I had a kind of hard time finding a female ninja with the hood on, but eventually I decided that Oko from Hasslefree would be great for the job. 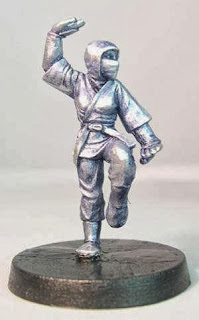 I will probably try and sculpt a bit on the hood, to make it pointy like in the comic book. And i might consider painting her white, since that is how she looks the first time we meet her or I could go with the bold Tiger Force green and orange.

Of course I will also need a Snake Eyes, but so far I have not found a model I like. I know about the Reaper one, but he is no good for me.

I would really want the old classic looks. 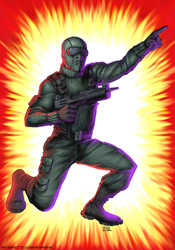 I guess it should be possible to find a model, but no luck so far, so I am open to suggestions.